Skip to Main Content
Send Your Loved Ones Flowers This Valentine's Day! 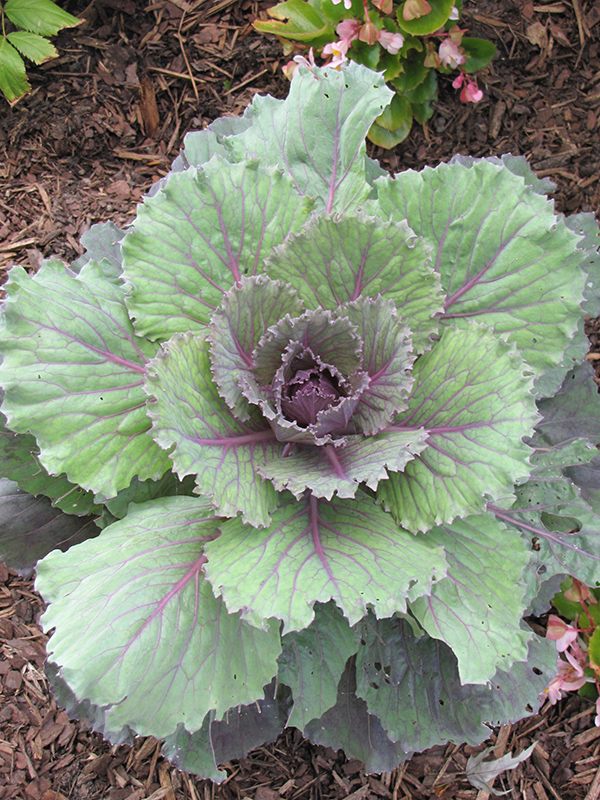 This variety produces dense rosettes of sea green outer foliage with deep red centers; mainly used as ornamental, the leaves can be eaten but are bitter to taste; can be used in soups and stews or made into kale chips; performs well in cooler conditions

Dynasty Red Ornamental Cabbage is an annual vegetable plant that is commonly grown for its edible qualities, although it does have ornamental merits as well. The crinkled round bluish-green leaves with showy dark red variegation can be harvested at any time in the season. The leaves have a bitter taste.

The leaves are most often used in the following ways:

Dynasty Red Ornamental Cabbage will grow to be about 10 inches tall at maturity, with a spread of 12 inches. This fast-growing vegetable plant is an annual, which means that it will grow for one season in your garden and then die after producing a crop.

This plant can be integrated into a landscape or flower garden by creative gardeners, but is usually grown in a designated vegetable garden. It should only be grown in full sunlight. It does best in average to evenly moist conditions, but will not tolerate standing water. It is not particular as to soil pH, but grows best in rich soils. It is somewhat tolerant of urban pollution. Consider applying a thick mulch around the root zone over the growing season to conserve soil moisture. This is a selected variety of a species not originally from North America.

Dynasty Red Ornamental Cabbage is a good choice for the vegetable garden, but it is also well-suited for use in outdoor pots and containers. It is often used as a 'filler' in the 'spiller-thriller-filler' container combination, providing a canvas of foliage against which the thriller plants stand out. Note that when growing plants in outdoor containers and baskets, they may require more frequent waterings than they would in the yard or garden. Create a garden calendar for 2023. Make note of new plantings, pest or disease problems, successes or failures. You’ll find it not only fun but very useful for future reference.... How to Care for Your Poinsettia

I recently gave a friend a beautiful Poinsettia plant and her first response was ‘Well, I will probably have this for all of 3 days!’.  When I asked her what... A thorough lawn clean up is very important.. Rake up any remaining leaves in between snows if necessary. Heavy layers of decomposing leaves can cause disease problems and kill the... EVERGREENS Keep watering your evergreens until the ground freezes. Evergreens can dry out during the winter. Apply WILT STOP by Bonide which is a natural nontoxic product derived from the...